You are about to be redirected to Amazon.com
Midtown Comics
Amazon has gone AWOL, We have 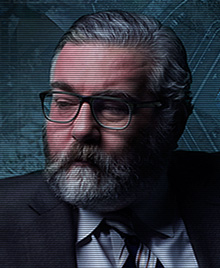 “Even in complete darkness the light from a single candle is enough to see your way out.” – Sheryl Downs

The Candlelight Program is a tribute to Allen's late wife, Sheryl. The name “Treadwater” was assigned to the so-called “vigilantes” by the popular press, when the anonymous organization went on air and broadcast the following message: “We can no longer sit back and watch while the world tears itself apart and the major world powers do nothing. This is a time for decisive action, not a time to tread water.”

Each operative has a uniquely dark past and a particular motivation that makes them susceptible to recruitment - These motivations are the key to their decision to join Treadwater, each reason able to be summarized by a single word - Refuge, excitement, redemption, hope, revenge.  But these motivations continue to consume the characters, and reveal themselves through their actions.

As you delve deeper, you’ll learn about the Operatives’ dark pasts, and what ultimately brought them to the Candlelight Program.

While the Operatives serve as Allen’s main resource for combatting and eliminating threats, his relationships with certain “special consultants” are also invaluable to the success of TRDWTR.

The Mongoose requires a level 9 clearance to access the profile. See if you have what it takes to become an Operative. As you ascend through the ranks, you will receive higher Clearance Levels.

Thank you for subscribing!
Be on the lookout for an email from us containing your Operative Package

On September 30th it all begins...

Amazon is experiencing technical problems right now. Enter your email address and we'll notify you as soon as they are fixed! To help pass the time, we'll send you our 100+ page franchise-book filled with exclusive artwork, full character bios and the pilot of the tv series.

enter the following to begin your training protocol